RS Heating and Building Co can provide a skilled plumber, heating engineer and electrician for the installation of your next boiler system.

Click on the cover pictures below to see the brochures of Worcester Greenstar, Vaillant EcoTEC, and Glow Worm ranges. These are supplied as pdf. 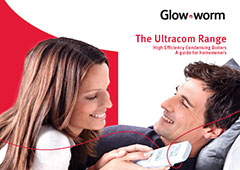 For further information about any of the Vaillant, Worcester Bosch or Glow Worm ranges, call us:

Why choose a Worcester, Vaillant or GlowWorm Accredited Installer?

These are factory trained installers who have specialised in these Manufacturers.

Different boiler installations may not exactly be the same, but our experienced heating engineers can offer you advice and free quotes as well.

What can Accredited Installers offer?

Our Accredited installers can offer you the following exclusive benefits:

Schedule an appointment with a Heating Adviser

Talk to one of our Heating Advisers, provide them the time and date when you want them to perform a detailed assessment of your home.

Furthermore, a Heating Adviser can explain to you about your different options, provide you with a fixed price quote and your payment options.

A definite installation date will be given and adhered to.

We assure you that there will be no last minute “van broken down” excuse!

On completion, the engineer will give you a clear and complete explanation about everything that you need to know when it comes to the proper use of your new boiler and controls.

The engineer and the rest of the team will dispose of all waste and keep your home clean before they leave.

We offer you aftercare for a year on all the new parts, the labour involved is guaranteed for 2 years.

How soon can I get a boiler installed?

As soon as you confirm to get your boiler installed, your Heating Adviser will arrange everything for you. At all times, you are kept aware of the start and finish dates.

Will I have heat and hot water while my boiler is being installed?

You may not be able to have heat and hot water overnight if the boiler installation will take more than a day.

It’s good to prepare yourself and give it some time, although the heating engineer will aim to complete this task the soonest possible.

Temporary electric convector heaters will be provided on request.

The products that are now on offer are highly efficient and can be very complicated. The following is a layman’s guide to a few general terms:

This is a High Efficiency boiler which re-utilises the exhaust gases which normally would be wasted. They have been compulsory in England since June 2006. A condensing boiler is just the burner part and may be a Combination or Regular type.

This is a self contained unit which heats the hot water instantaneously thus negating the need for cylinders, cold water supply or expansion tanks, separate pump or complicated controls.

This is a traditional type of unit which uses a cylinder to store water and usually has a cold water supply tank, expansion tank, separate pump and motorised valves to operate the controls.

This is a Regular type of boiler but has an expansion vessel within it, thus deleting the expansion tank in the loft. It also houses it’s own pump.

All gas boilers now have fan assisted flues which bring air in from the outside and take the fumes directly to the atmosphere.

Modern condensing boilers have far less harmful NOX particles and are much cooler. This gives the effect that the flue is steaming but it is actually mainly water vapour which is seen.

A pressurised cylinder removes the need for a cold water supply tank and work on mains pressure, thus giving excellent water pressure, throughout the house, including Attics. They are usually made of stainless steel for longevity, highly efficient and heavily insulated so once heated the water may be switched off for long periods.

Some popular makes are Oso, Megaflow and Saturn but there are many more.

Until 1975 most radiators were just two flat pieces of steel, welded together with water channels between them. They were usually gun metal grey primer and had to be painted!

The first modernisation that I can remember was the Myson Supastyle which had convector fins welded to the back. This gave a heat out-put rise of 30% in a single and 50% in a double. They were in a good quality white primer and modern design. Today’s radiators are made to whatever the designers imagination can take them.

Myson have also been leaders of fan convectors which have water running though them but the heat is blown out by fans, thus allowing a large amount heat from a small area. Smiths fans follow the same idea and have some interesting products.

Just a quick note to thank you and your Professional Team for the excellent attention we received during our recent refurbishment. You all certainly took the Trauma out of what could potentially have been a very Traumatic Experience for us: new central heating, new bathroom, and a complete re-wire.

We … would certainly recommend your Company. The Plumbers, The Plasterer, The Tiler, and the Electrician, were all wonderful – turning up when we were told they would, and leaving the s…

Just a quick e mail to say many thanks for the great job you and everyone at RS Heating did for me at my house. I now have a great central heating system and a lovely bathroom. Everyone who who works for you are friendly, very competent and reliable. If I need any more work on my house you will certainly be the first I will call.

We would like to thank you and the engineers who fitted our heating system recently. We were impressed from the very beginning when you carried out a full heating assessment to determine our needs providing a comprehensive written report and complete explanation of the reasons for your advice.

When the heating engineers moved in we were just as impressed… The work was carried out with the minimum possible disruption to ourselves and they cleared up each night. Overall we would just like…

Thank-you for sorting the bathroom out, we are really pleased with the suite and fitting. Plus the floor is as I had said last week ‘Great’. We are very pleased with the care and attention taken to sort out the problem and look after our kitchen ceiling in the process….

… please pass on our thank-you to Peter, Lee and the other guy who did the tile & floor (did not catch his name).

A few years ago we had our central heating upgraded and RS Heating and Building did a first class job.

It became obvious recently that our dated bathroom needed a makeover and we decided to have a wet room. We did not hesitate to give the go ahead to RS Heating and Building… They were all very friendly and helpful and it was a pleasure to have them in the house, which they left clean and tidy each day. They have certainly given our bathroom the WOW factor.

We would not hesitate to recommend th…